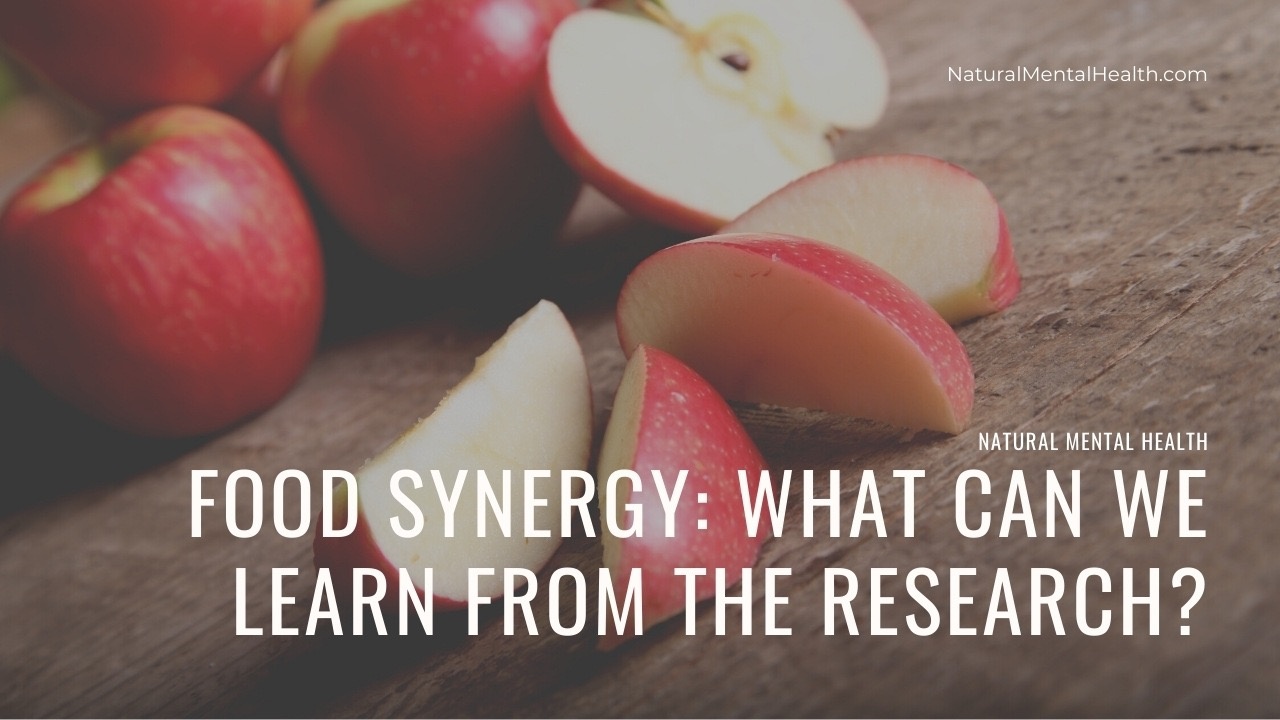 Food Synergy: What Can We Learn From the Research?

Food synergy is a perspective stating that more information can be obtained by looking at whole foods rather than single nutrients and may be key to having a healthy diet.

Researchers at the University of Minnesota School of Public Health suggest nutrition research should focus on such whole foods and dietary patterns.

Research historically has focused on total fat, carbohydrate, protein, and on individual vitamins and minerals. Known nutrient deficiencies do exist and are corrected by taking the missing nutrient. However, studying individual nutrients for effect on chronic disease has not shown measurable results.

Certain types of beneficial dietary patterns often described as “prudent” or “Mediterranean” and adverse patterns described as “Western” are known to predict chronic disease. This broader view that foods and food patterns act in combination to influence the risk of several chronic diseases is the called food synergy.

For example, a whole apple has been shown to have more beneficial activity in the body with the peel than the flesh only and more useful than isolating other nutrients contained within the apple. Therefore, think food first. Food synergy is of great public health interest. The concept of food synergy leads to new thinking in nutrition science and can help form rational nutrition policymaking and determine future nutrition research strategies.