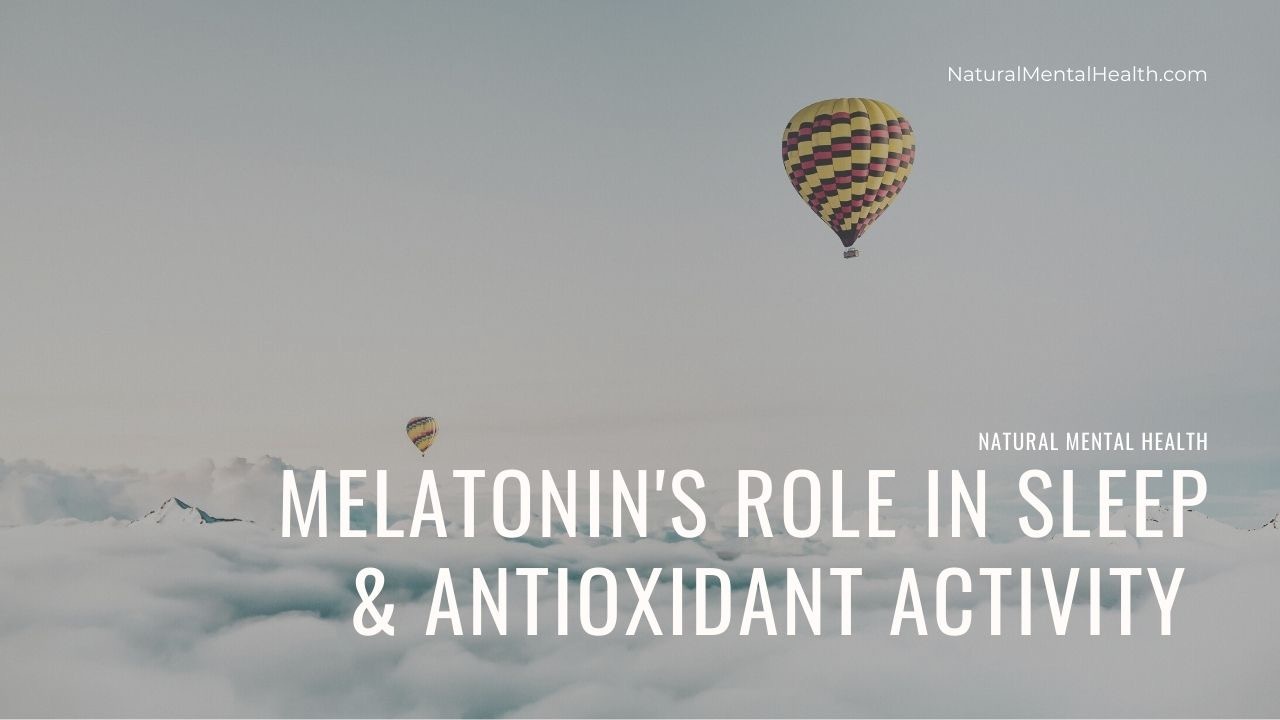 Melatonin is a brain chemical that everyone makes themselves, though the amount that we produce does diminish with age. It plays an essential role in regulating the body’s daily and annual biological rhythms, including the sleep/wake cycle. Newborns have tons of melatonin, which explains why they sleep so much. It stays high for most people through their teens, even into the college years. But there’s a wide range of natural melatonin production, with some people having much more than others. There is a genetic component to this, which likely explains why you may see insomnia run rampant within some families.

Most people think of melatonin as the sleep hormone, which it is. It's also a naturally occurring indolamine, which is a family of neurotransmitters that includes serotonin. This can be helpful to know as melatonin and serotonin are intimately related and a serotonin deficiency may also result in decreased levels of melatonin.

Human studies suggest that melatonin supports the quality of healthy sleep as it relates to falling asleep, sleep efficiency (percent of time asleep to total time in bed), and awakening. In one study, melatonin appeared to positively support normal sleep onset, maintenance, efficiency, and activity within one week of supplementation compared to a placebo.[5] Another randomized, double-blind, placebo-controlled study of 33 individuals over a 16- day period suggested that the onset, quality, depth, and duration of sleep can be supported by melatonin supplementation without the occurrence of daytime drowsiness or adverse effects.*[12]In addition to supporting sleep, research suggests that melatonin supports antioxidant activity, cardiovascular health, and immune function.*[2-4]

Melatonin has more to do with the timing of when we fall asleep, rather than the thing that keeps us asleep for the whole night. In other words, melatonin is part of the vitally important time-keeping function in the body, the circadian rhythm. And although melatonin can be released in bone marrow, platelets, gastrointestinal tract, eyes, skin, and lymphocytes, it is primarily regulated by the pineal gland (just behind your forehead). When all is functioning well, a big dose of it is released shortly before bedtime, hopefully putting us to sleep. [1]  However, there are a number of things that can go wrong with that system due to our modern lifestyle.

One of these obstacles is light exposure. We evolved to respond to sunrise and sunset, with the big burst of melatonin coming on roughly 2-3 hours after sunset, making us feel sleepy. For example, if the sun sets at 7:00 PM, then our bodies would want us to go to bed by 10:00 PM. Living far north of the equator, however, the sun may set before 5 PM in winter and after 9 PM in summer. That's usually not a problem in the summer. However, in winter, that early sunset may encourage sleep at around 7 or 8 PM. Most people don’t go to bed that early and since melatonin’s effect wears off after 2-3 hours, it's common to get a second wind right at bedtime.

Artificial light presents an even bigger problem Even a brief exposure to light at around 9 or 10 PM may push back our natural melatonin release by a couple of hours, meaning that we might miss nature’s cue to go to sleep.

Melatonin has been closely studied for its role in supporting antioxidant activity, especially since intracellular melatonin is concentrated in the mitochondria, a major site of oxidative metabolism. Melatonin has been found to support extracellular antioxidant activity, support glutathione production, and stimulate production of intracellular antioxidant enzymes—including superoxide dismutases and glutathione peroxidase.[3] Research suggests that melatonin works on a number of levels. It is able to scavenge oxygen-based and nitrogen-based free radicals, and support the natural response to inflammation by promoting cytokine balance.[2] As a lipophilic molecule, melatonin is able to permeate the lipid portion of low-densitylipoprotein (LDL) and support antioxidant activity in cells. Research suggests that melatonin supports blood pressure already in the normal range and overall cardiovascular health.*[3]

Melatonin is Likely Not a Long-Term Solution

We believe that melatonin should generally only be used for short term sleep “resets” over a few nights or a few weeks. After that, it can be used more sporadically, as needed, or again after a period of time to reestablish a sleep schedule. That's the case when it's combined with CBD as well (like in our CBD Sleep). Occasionally, melatonin can be used more consistently for longer periods of time when under the guidance of a qualified healthcare practitioner (of course, it's important to check with your doctor/pediatrician before starting any supplement, including short-term use of melatonin).

Why is it not a long-term solution? We believe supplements are just that: supplements. They should be used only when needed and to support the body's functioning. For most of us and most of the time, melatonin is produced by the body and doesn't need our assistance. However, screwy schedules, late-night device use, time changes, and other scenarios may cause melatonin disruption. Melatonin supplementation can then serve as a cue for the body to recalibrate. However, extended use may let the body off the hook and melatonin production can be disrupted. This can result in a rebound of wakefulness as the effects of the melatonin supplement wear off and the body's natural production has lagged in response to the supplement. That’s why we like melatonin supplements for occasional use and while working on the other reasons that sleep might be disrupted (e.g., stress).

Folks who may feel it necessary to take melatonin more frequently are genuine night owls or those who work rotating or night shifts that don't allow them to sleep until their natural waking time.

So, once a more normal sleep schedule is established, then it's likely wise to reduce and remove the melatonin product over a period of a week.

Melatonin Dosage and Use

Melatonin is primarily used to help reset the onset of sleep for those who've gotten off schedule, or if the normal sleep cues are not working for some reason. Studies, including meta-analyses, suggest that melatonin supplementation supports desirable sleep patterns in certain individuals, including the elderly and those who have unusual work hours, such as night shift workers or people traveling across time zones. [5-10] A review of 10 trials suggests that melatonin supplementation helped support sleep patterns in individuals crossing time zones; subjects included airline passengers, airline staff, and military personnel. Daily doses between 0.5 mg to 5 mg taken at bedtime were used and found to be similarly supportive; however, the effects were greater at the higher dose. According to this review, doses higher than 5 mg do not appear to demonstrate any increased benefit.*[11]

Melatonin is usually recommended in a sublingual form, which are forms meant to dissolve under the tongue rather than swallow it (e.g., Lights Out Quick, which is a 2.5 mg dose). Those forms works much faster and are better absorbed because they don't have to be digested and make their way through the liver—it goes directly into the bloodstream. These forms are ideal as well because they can be used shortly before bed and only when it's evident that falling asleep may be a struggle.

For those who do fall asleep easily on their own, but wake in the middle of the night, melatonin is generally not recommended. In those cases, a comprehensive sleep blend, plain CBD, or a CBD blend with melatonin may be more supportive (e.g., Serene Sleep or CBD Sleep). However, if a middle of the night wake up seems to be lasting too long (e.g., more than 20 minutes), some folks can take a very small dose of melatonin (e.g., 1/2 of a 2.5 mg tablet) as long as there are at least 3 hours left to sleep before a set wakeup time.

Dosage for Kids and Teens

Melatonin can be safely used by most children and teens. In particular, it's often considered safe and useful for those with neurodevelopmental issues such as ADHD, intellectual disabilities, emotional disorders (anxiety and depression) and Autism Spectrum Disorders who experience disrupted sleep patterns.

Like with adults, melatonin should generally only be used for short term sleep “resets” over a few nights or a few weeks. Occasionally, it can be used more consistently for longer periods of time when under the guidance of a qualified healthcare practitioner (of course, it's important to check with your doctor/pediatrician before starting any supplement, including short-term use of melatonin). Melatonin can also be combined (if needed) with herbal sleep remedies such as chamomile, lemon balm, passion flower, and supplements like inositol, 5 HTP, L-theanine, and CBD.

Melatonin is generally considered very safe, even at high doses (e.g., 10 mg, though as noted earlier, anything over 5 mg seems to be unhelpful). Melatonin is also non-habit forming. However, anything that is routinely taken for sleep can become a habit that is hard to break, even if it is technically not addicting.

Some folks who take melatonin frequently may find that they begin to wake up after 3-4 hours. This might be a rebound of wakefulness as the effects of melatonin wear off. As noted above, that’s why melatonin supplements should really only be used occasionally, and while working on the other reasons for being unable to fall asleep (e.g, handling stress in more healthy ways).

As with any supplement, melatonin supplements can interact with various medications, including: Anticoagulants and anti-platelet drugs, anticonvulsants, contraceptive, diabetes medications, and immunosuppressants. As we always say around here, be sure to check with your doctor before adding any supplement.

Sleep CBD Gummies:  Our Sleep CBD is formulated to promote a sense of calm and relaxation, easing you into longer, more restful sleep. These unique gummies include broad-spectrum CBD, melatonin, and cannabinol (CBN), a blend that can help with challenging sleep problems, allowing you to wake up feeling refreshed. 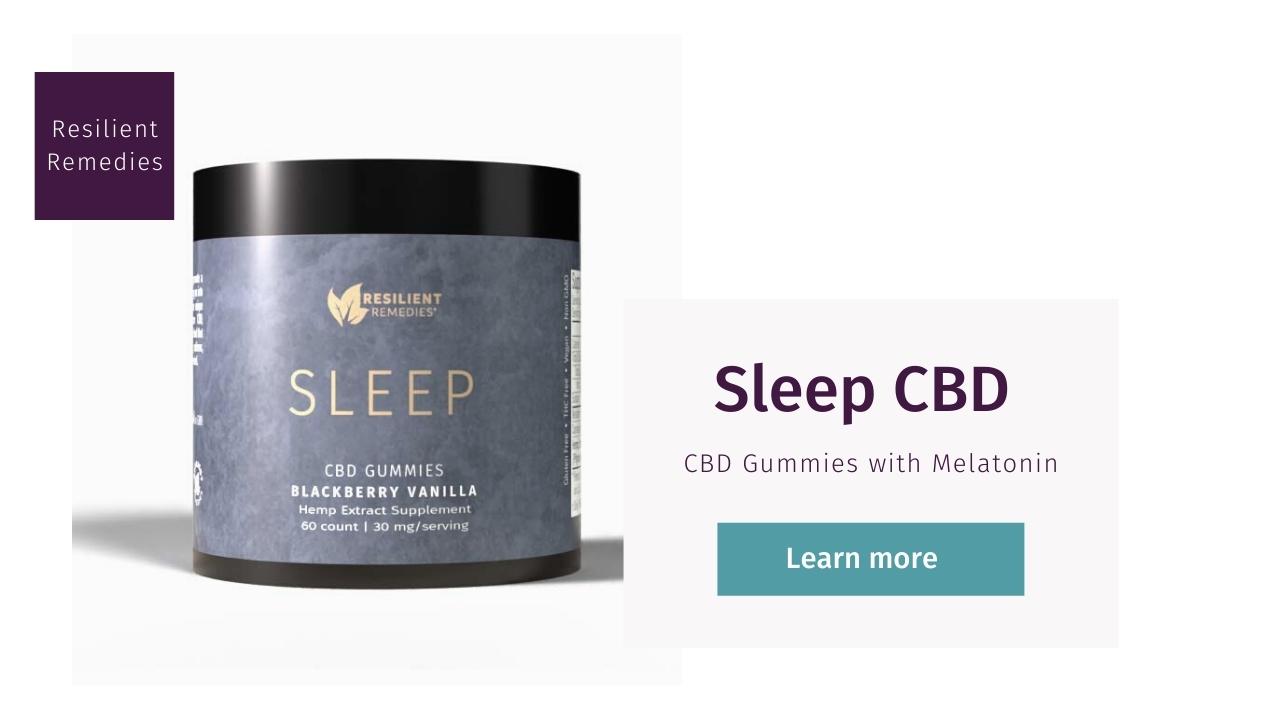 Lights Out Quick: Melatonin is produced naturally in the pineal gland of the brain in response to changes in light exposure; it helps maintain healthy sleep patterns as well as antioxidant and immune activities. Melatonin can be taken as a supplement to support these functions by promoting normal levels of melatonin in the body.* 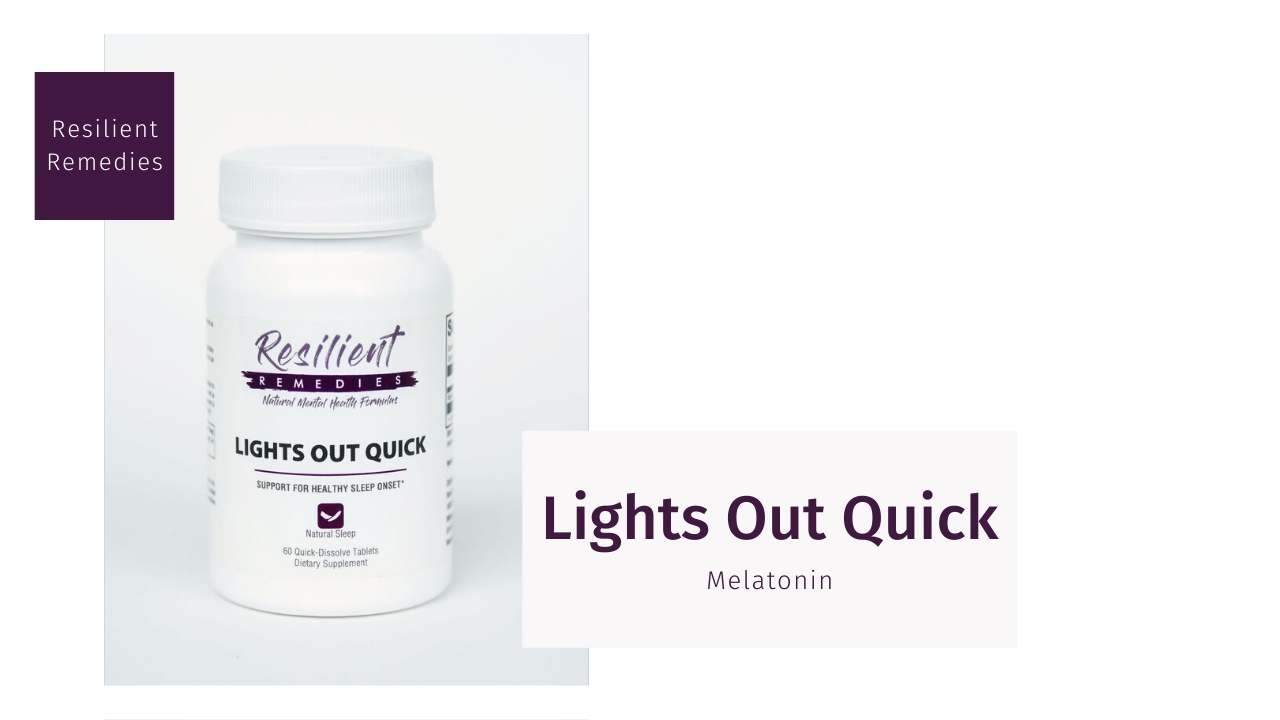