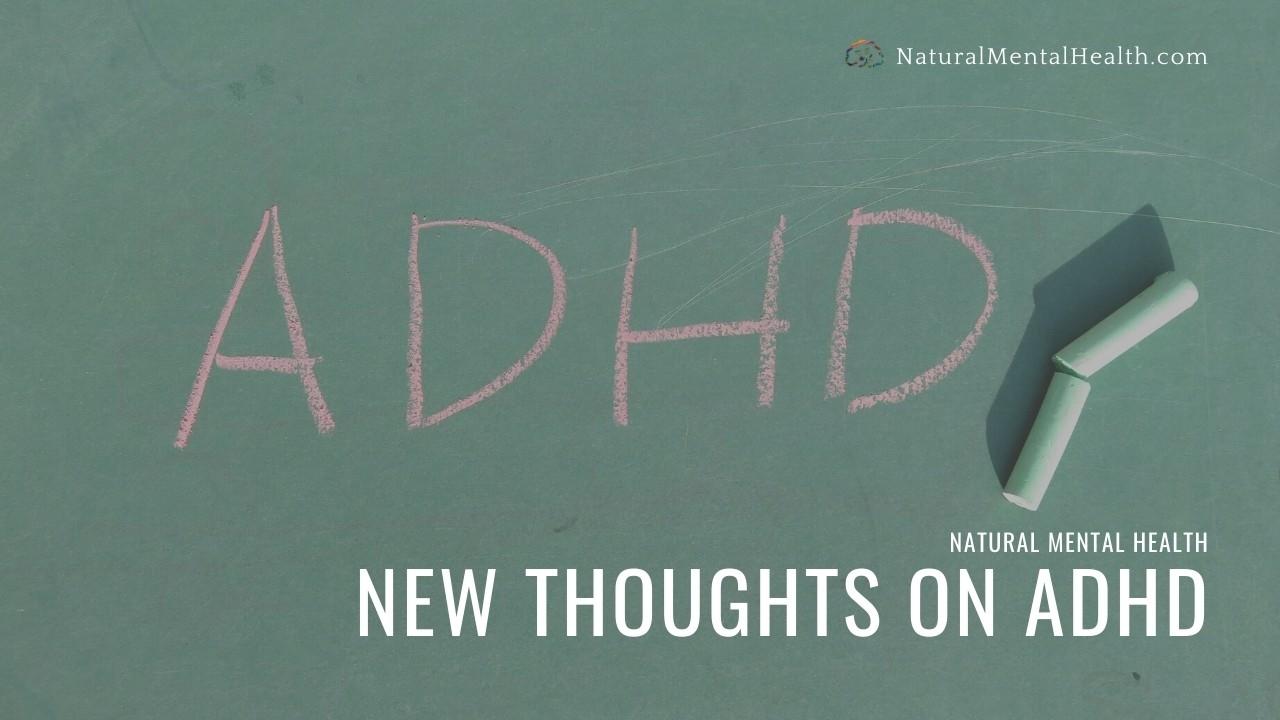 Chat with anyone who knows me and they'll confirm my impulsive, distracted, somewhat restless nature. In spite of my ADHD tendencies (or perhaps thanks to them) I have been reasonably successful and creative in my personal and professional life. I'm not the exception either. Do a quick Google search for "famous people with ADHD" and you'll find a long list.

Due to COVID-19, I now see most of my patients via telehealth from my basement office at home. Like other adults working from home, I have noticed new challenges to my attention. Kids are experiencing the same thing. This doesn't mean that everyone experiencing this has ADHD, but it does highlight how our attention span is affected by the environment, our motivation, and other factors. In fact, experts are now exploring whether ADHD symptoms are more a set of dynamic, behavioral, and cognitive tendencies that are somewhat situation dependent (versus a pathological disorder). And as I noted earlier, defining characteristics of ADHD can even be assets in certain circumstances.

Controversy and disagreement around ADHD diagnostic criteria and treatment approaches aren't new. The core symptoms and etiology of ADHD have been widely misunderstood and debated for decades. As far back as the 1790s, Sir Alexander Crichton, a Scottish physician who had written three books on mental illness, described individuals who demonstrated “the fidgets” and “mental restlessness.” He emphasized that the intensity and quality of healthy attention can greatly vary between two different individuals and even within a given person at different times of day or in different situations. He described “diseases of attention” and described that abnormal variations of attention can be found on a spectrum from pathologically increased to pathologically decreased. These core symptoms of what is now labeled ADHD can be considered to exist on a spectrum from really strong attributes to really significant deficits.

Core features of ADHD continue to be debated today. There is some agreement that the key features fall into the domains of “attentional control,” “impulse control,” and “motor control.” Recent studies indicate that an additional core feature of ADHD has to do with “emotional control.” It gets messy when we try to diagnose an individual with ADHD, because they can present with any combination of strengths and/or weaknesses in these domains of function.

Many would argue that a better way to consider the ADHD individual as not having a “deficit” or “disorder” but rather as possessing a variable, fluctuating set of characteristics and/or behaviors that may be functionally impairing at times, but which at other times or situations may be beneficial. For example, in certain situations, it might be good to have a shifting attention span, to react quickly without hesitation, or to have a high energy level.

Kids, teens, and adults can demonstrate distractibility or restlessness for many reasons. It's important to recognize that these are symptoms not diagnoses in and of themselves. For example, for the symptom of inattention alone, there are lots of potential mental health and medical causes. For example, sleep deprivation or thyroid dysfunction will commonly mimic ADHD in kids and teens. People with severe OCD, anxiety, or depression can look like they have ADHD symptoms such as inattention, fidgetiness, or impulsivity because of their primary mental health dysfunction, not because they have ADHD.  Therefore, in some ways, ADHD must in part be considered as a diagnosis of exclusion. Historically, distractibility and impulsive behaviors have been misunderstood and attributed to various nervous system and moral deficits.

Some people also define ADHD primarily as a weakness of “executive functions,” also known as cognitive controls, which are responsible for controlling cognitive processes like reasoning, problem solving, attention, organizing, planning, and timing. These controls are responsible for the management and regulation of mental and emotional processes.

What about goodness of fit considerations? Some individuals manifest symptoms that look like ADHD because the environments they are functioning within (home, school, work, or social) are a very poor fit for their learning style, natural interests and proclivities, emotional functioning, social skills, or physical preferences. In a social, academic, or physical context where they don’t fit well, any person can become restless, bored, confused, angry, distracted, or oppositional and then have those reactive behaviors incorrectly labeled as ADHD. On the other hand, when we are learning and living in environments which celebrate our strengths, fit our needs, and offer support, we can all thrive.

It is the rule, and not the exception, that individuals with ADHD commonly get diagnosed with additional learning, emotional, behavioral, and even medical concerns. 55% of those with ADHD have additional diagnoses such as depression, anxiety, oppositional defiant behaviors, social skills challenges, tics, sleep disorders, OCD, and asthma.

We are also now understanding that most people with ADHD also experience challenges with emotional regulation. In fact, this may be the defining feature of ADHD. This has become so well recognized that some feel that we should include emotional dysregulation symptoms in a revised diagnostic criteria set for ADHD. Many people with ADHD also struggle with Anxiety, depression, OCD, and oppositional behaviors.

Emotionally challenging behaviors for people with ADHD can also include:

It is also important to note that people with ADHD commonly have a behavioral tendency that is nearly the opposite of RSD called Recognition Responsive Euphoria or RRE. This refers to the experience of a meaningful and powerful increase in energy and self-esteem in response to words of encouragement, praise, or approval. Even the smallest gesture can power this euphoria and fuel great accomplishment!

Over the years many different labels/descriptors of ADHD behaviors have been tried. Most have been discarded because they don’t really reflect the complexity of all the facets of the disorder. Even Attention Deficit Hyperactivity Disorder does not work well as a label, because some kids don’t have hyperactivity or impulsivity. Examples of labels that have been tried over the years are minimal brain dysfunction, defect of moral control, postencephalitic behavior disorder, hyperkinetic reaction of childhood, disease of attention, and ADD with or without hyperactivity.

ADHD guru Russel Barkley has advocated for SRDD “self-regulation deficit disorder” because of the challenges with executive functions as being core deficits consistently found in individuals with ADHD.

The authors of Driven To Distraction have some new ideas:

“ADHD is not purely a disorder; it is a mix of assets and liabilities. A more representative name for the condition is VAST, or Variable Attention Stimulus Trait…The term ‘deficit disorder’ places ADHD in the realm of pathology, or disease. Individuals with ADHD do not have a disease, nor do they have a deficit of attention; in fact, what they have is an abundance of attention. The challenge is controlling it.”

One benefit of the term VAST is that it allows for de-medicalization of the symptoms associated with ADHD and a greater focus on the idea that it is highly variable and unique set of characteristics for each person, some of which can be a big upside.

"With VAST there are always pairs; you can hyper focus and then you can’t focus. You are distractible, but you’re also curious.”

I like the idea of VAST, don't you? It emphasizes these tendencies as dynamic and navigable, rather than deficits. Let's hope this is the future for ADHD.

Are you looking for more information and support for focus? Visit our Natural Focus section to find your tailored focus plan.