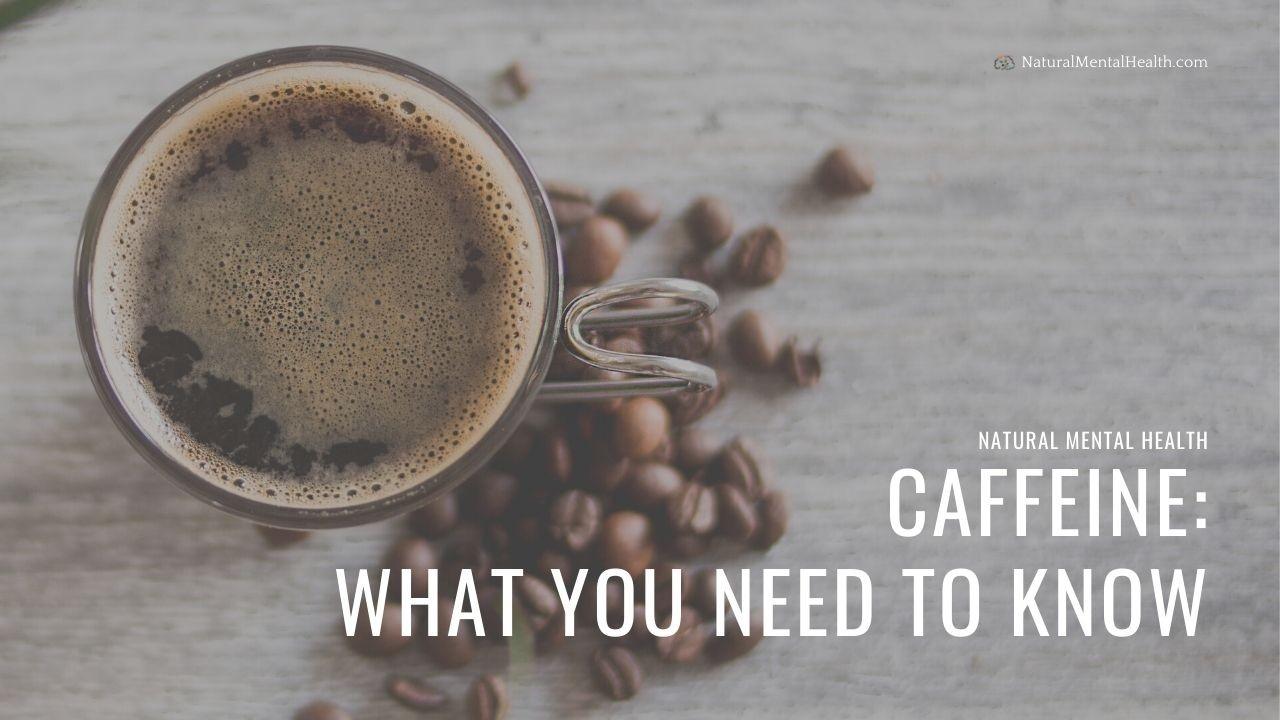 What You Need to Know About Caffeine

“Life is short. Stay awake for it.” Caribou Coffee nailed it with that promotional tagline. It’s funny, memorable and a widely shared sentiment. If we want to get the most out of life, if we don’t want to miss anything, caffeine offers a safe, legal and increasingly pleasurable way to feel more enlivened.

I have nothing against caffeine. In fact, I personally love it. I’ve given it up several times over my life, thinking it might have negative health effects on me. But each time I’ve come back to it, finally accepting that I just plain enjoy it. I like the effect it has on me, the flavor, the ritual and the communal nature of sharing a cup of coffee with someone.

I believe that the research on the health effects from caffeine come out mostly on the side of it having an overall positive impact on health. It’s a legal stimulant. It can temporarily improve energy, focus, even mood. So long as it is not used in excess, it seems not to have too many risks, unless your blood pressure is already high. But the one thing that I think bears more consideration is this: is it affecting your sleep?

It’s pretty obvious that if you have much caffeine in the evening, too close to bedtime, it might affect your sleep. But what if you follow most recommendations and stop drinking it afternoon? Can it still affect sleep 10-12 hours later? The short answer is, yes.

One of the raps against caffeine is that it doesn’t last very long. I remember coming across a poem with a striking line, “For 40 minutes, more or less, so great was my happiness….” The poem described the writer sitting in a coffee shop, and I assumed he was referring to the effects of the coffee. That sounds about right to me. The good feelings I get from a strong cup of coffee last about 40 minutes. Then it fades, sometimes in a crash. How could something with such a short-lived effect, if limited to the morning hours, still impact your sleep? 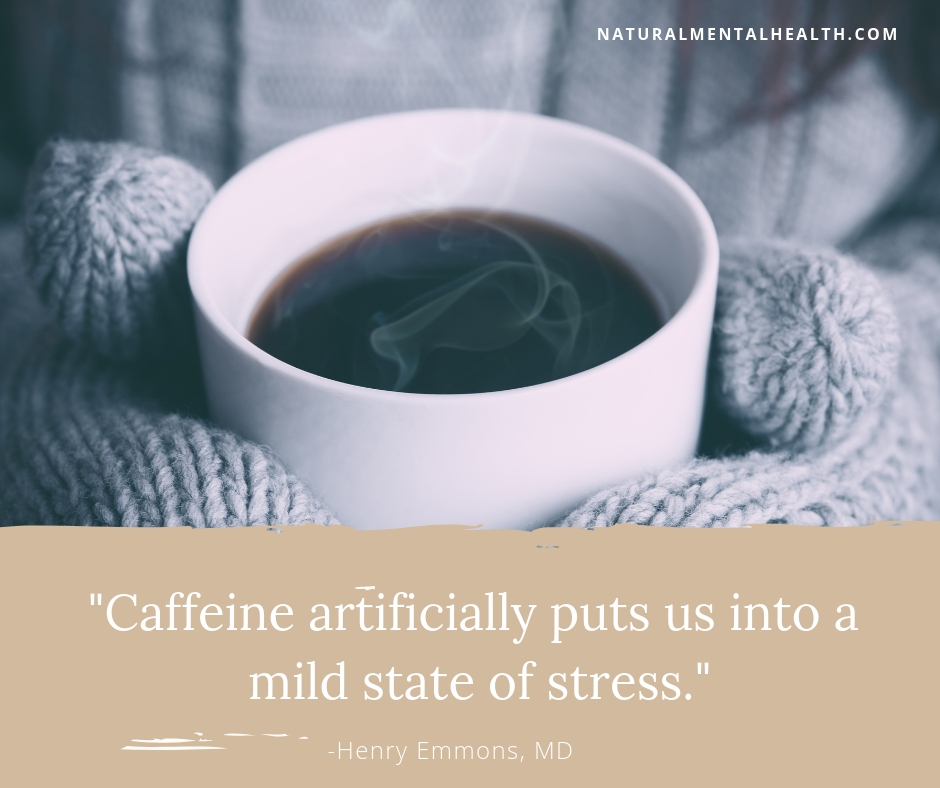 The effects of caffeine actually linger far longer than the 45 minutes or so that it has its strongest impact. Some of its stimulating properties may still be in play 12 hours later, or even longer. Caffeine works mostly through the stimulating brain chemical, norepinephrine. It is the brain’s version of epinephrine, also known as “adrenaline”. We all know what adrenaline does—it gives us a short-term boost in energy, focus, vigilance—whatever we might need to survive if we are endangered. It is the “fight or flight” chemical. Caffeine artificially puts us into a mild state of stress. As you know, some of us are much more strongly affected by the stress state than others. Once it is activated, it can sometimes be hard to shut it off, even if the cause of that activation is long gone.

I also think that for some people, caffeine interferes with their normal circadian rhythm. Most of us don’t realize this, but what we do early in the day has a big effect on how ready we are to fall asleep at night, and how deep that sleep is likely to be. In a sense, we set the timing of sleep by what we do first thing in the morning. That has a lot to do with the exposure to bright light, what we eat and how we move early in the day. But it also has to do with when, and how much caffeine we drink.

Another potential impact from caffeine is on the adrenal glands, the generator of the stress hormones. (Read more about adrenal fatigue here.)There is a normal rhythm through the day, a natural rise and fall in cortisol levels, which impacts things like alertness, memory, productivity. Large amounts of caffeine, or poor timing of its use, can over time have a depleting effect on the adrenals. If you are using caffeine as an artificial way to boost your energy and productivity, you may find that it comes at a cost. It is far better to work on your sleep so that you have more energy naturally, and then use caffeine in modest amounts, more for pleasure than for productivity. 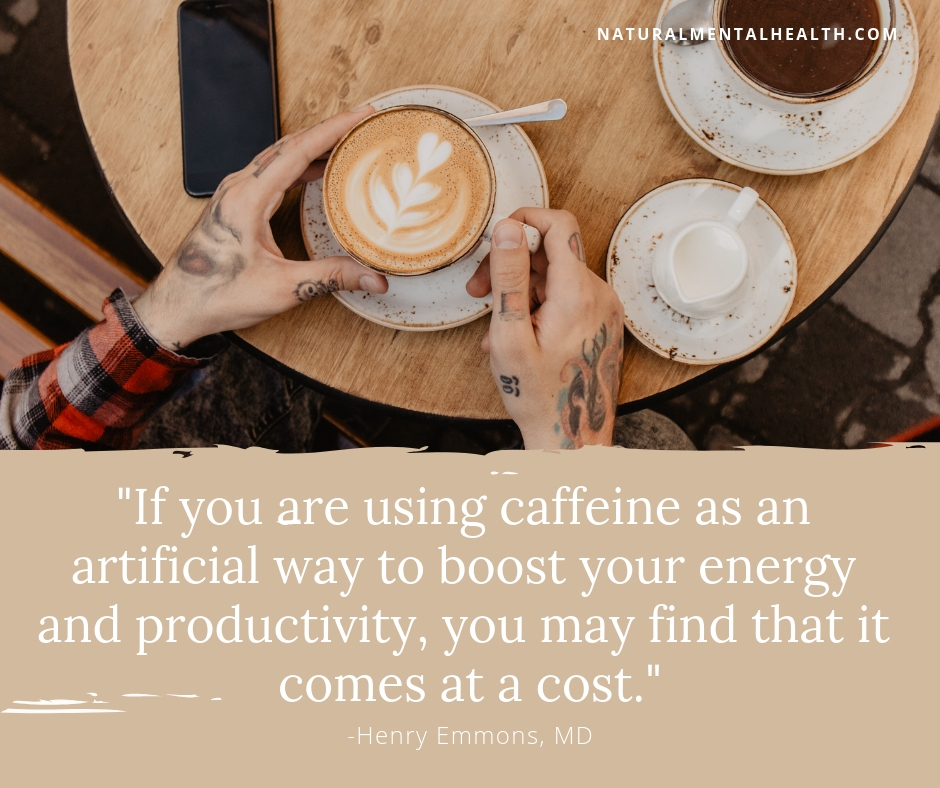 The research on caffeine and sleep is pretty clear, from my view. For some, it can negatively impact sleep no matter what time of day or amount is used. My bottom line is this: if you’re sleeping well, getting 7 or 8 hours per night and feeling mostly well-rested during the day, then go ahead and enjoy your 1-2 cups of daily coffee or tea. Still, stop by noon. But if you have any trouble sleeping at all, for any reason, then try to slowly taper your caffeine until either you are totally off of it, or your sleep returns to normal. Also, if you are using caffeine as a way of covering your tiredness or fatigue, then work on your sleep and stress, and minimize your caffeine, until your natural energy returns.

What is adrenal fatigue?

If you feel tired, sad, unmotivated, and suffer from constant aching muscles, you may be experiencing adrenal fatigue. Here's what you need to know.>>>